These population increases in urban areas may be accompanied by housing deficits and insufficient or overburdened social services. In many places, unplanned and rapid urbanization has resulted in residents residing in marginalized spaces, either in informal settlements or on the street.

Learn more about urbanization in:

Bengaluru's Continuing Inequity: An Eviction Impact Assessment of Ejipura/Koramangala Four Years After its Demolition
Housing and Land Rights Network
Amidst the all-encompassing enthusiasm for growth and progress, the rapid pace of urbanization in India brings with it the challenges of inequality and inequity, including those related to dispossession and displacement of the urban poor,...
Region:
South & Southeast Asia
Mainstreaming Gender into Mega-city development Programs: Consequences of Forced Evictions for Women and Children in Urban slums
Jennifer Joel
Poverty is a hydra-headed phenomenon. Its effects on citizens are as varied as the descriptions of the individual as are the causes. Some are born into it; some are forced into it by changes in the external environment. War, drought,...
Region:
Africa 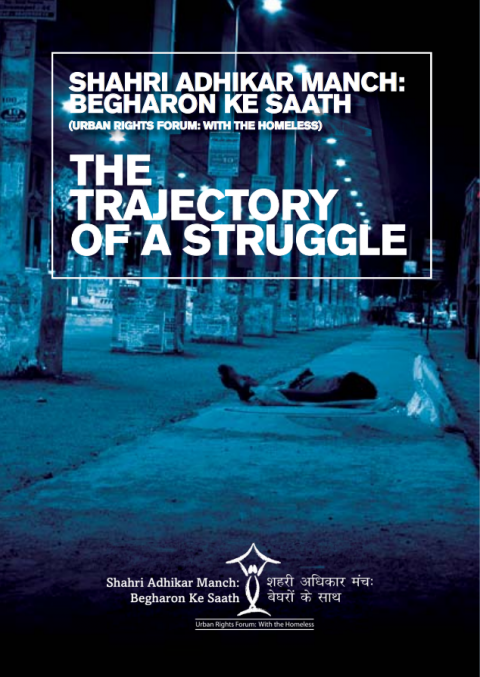 Urban Rights Forum with the Homeless: The Trajectory of a Struggle
Shahri Adhikar Manch: Begharon Ke Saath
The purpose of this document is to analyse the work and experience of Shahri Adhikar Manch: Begharon Ke Saath (SAM:BKS) towards creating an understanding of the work on homelessness in Delhi. SAM:BKS has been effective in carving out short...
Region:
South & Southeast Asia
Urbanization and Future of Cities in Africa: The Emerging Facts and Challenges to Planners
Omoakin Jelili
This article unveils the circumstances surrounding urbanization and city development in Africa. With histo-demographic antecedents as background and specific examples from different parts of the continent, the article describes the trend,...
Region:
Africa
Childhood Background of Homelessness in a Chilean Urban Center
Arturo Roizblatt
Javier Cerda
Carolina Conejero
Marcela Flores
Christian Fau
Felipe González
Gustavo Quijada
Alberto Botto
Carolina Muñiz
A random sample of homeless individuals (106 men and 106 women) residing in a shelter were interviewed using an interview schedule developed for this study. The main objectives were to study the sociodemographic characteristics and...
Region:
Central & South America and the Caribbean
“This is no longer the city I once knew”. Evictions, the urban poor and the right to the city in millennial Delhi
Gautam Bhan
Millennial Delhi is changing rapidly. Between 1990 and 2003, 51,461 houses were demolished in Delhi under “slum clearance” schemes. Between 2004 and 2007 alone, however, at least 45,000 homes were demolished, and since the beginning of...
Region:
South & Southeast Asia
‘GeoSlum1 ’ - Empowering local authorities for slum improvement through an opensource Geospatial Platform
Ravi Sivakumar
Sivakumar DK
Rajat Chopra
Urbanization has emerged as a key policy and governance challenge in India in recent years. Cities and towns contribute to more than 60 percent of GDP. While urbanization can be an engine of economic development and inclusion, unless...
Region:
South & Southeast Asia
From the Basti to the ‘House’: Socio-spatial Readings of Housing Policy in India
Gautam Bhan
In June 2015, the Government of India approved a national housing program called the Prime Minster’s Awas Yojana (PMAY; Prime Minister’s Housing Plan), the latest in a series of ‘urban missions’ that have seen the urban emerge as an object...
Region:
South & Southeast Asia
For additional resources on this topic, click here to do a custom search.