In some ways, the connection between the environment and homelessness is obvious: severe environmental change or deterioration displaces local populations, often leaving them without means of supporting themselves. But there is a complex interplay between environmental change and the socio-economic realities for those who are experiencing it, as not all people are equally vulnerable to this kind of forced adaptation. Marginalized communities, including those living in insecure or inadequate housing and those already experiencing homelessness, are particularly at risk.

Environmental degredation due to climate change has marked significant shifts in habitation: rising sea levels; ice melt and increased rainfall, and progressively severe weather patterns, including drought, heat and cold waves. These changes play a role in uprooting populations in response to changes in the ecosystem that affect their ability to procure food, water, and fuel, alongside loss of land and heightened exposure to climate-based natural disasters. All of these factors can contribute to people's inability to maintain their local housing; for many, economic and social factors may bar them from simply obtaining new housing, either locally or elsewhere.

Learn more about environment in:

A study of heat related illness preparedness in homeless veterans
Michael Nicolay
Lisa M. Brown
Raine Johns
Anna Lalynytchevc
Heat-related illnesses are the leading cause of mortality among weather-related natural disasters in the United States. With the growing concern over global climate change and urbanization-related regional climate change, outcomes of heat-...
Region:
North America
A framework for disaster resilience education with homeless communities
Danielle Every
John Richardson
The purpose of this paper is to propose a practice framework for disaster resilience education (DRE) with homeless communities. A survey with 163 homeless service providers together with 45 interviews with people with a lived experience of...
Region:
Australia & Oceania
Guidance on Severe Weather Emergency Protocol (SWEP) and extended weather provision
Homeless Link
This guidance is designed to support local authorities to provide Severe Weather Emergency Protocol (SWEP) responses in order to prevent deaths of people sleeping rough during winter. It also covers good practice in delivering Extended...
Region:
Europe
Surviving Severe Weather: Tools to Promote Emergency Preparedness for People Experiencing Homelessness
National Health Care for the Homeless Council
Personal preparedness is a critical component of emergency planning. Yet, mainstream efforts to promote preparedness typically focus on people who are housed and have the resources to stockpile food and supplies and shelter in place. Few...
Region:
North America 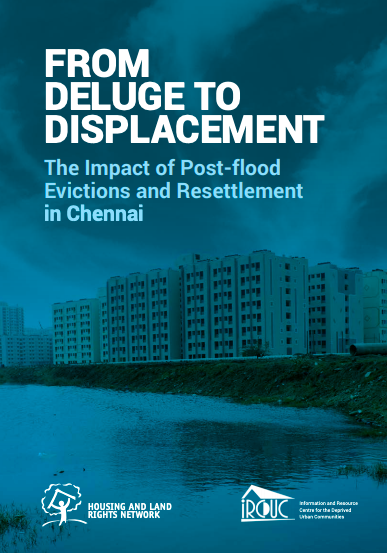 From Deluge to Displacement: The Impact of Post-flood Evictions and Resettlement in Chennai
Vanessa Peter
In November–December 2015, the state of Tamil Nadu in southern India was impacted by severe floods. The District of Chennai was one of the worst affected in the destructive deluge. Those residing on the banks of Cooum and Adyar Rivers,...
Region:
South & Southeast Asia
The Social Ecology of Homelessness: Exploring the Dynamics of Engagement among Homeless Street Adults
Brian T. Jones
The study examines interaction patterns of homeless populations. The study explores how this population interacts within a given environment. The current study utilizes a person/environment engagement model to analyze behavioral...
Region:
North America
Explaining adult homelessness in the US by stratification or situation
Michael R. Sosin
n the US, the most widely accepted individual-level explanations of homelessness suggest that adults lose their dwellings when they cannot compete in the marketplace for the monetary resources needed to pay for housing, and cannot compete...
Region:
North America 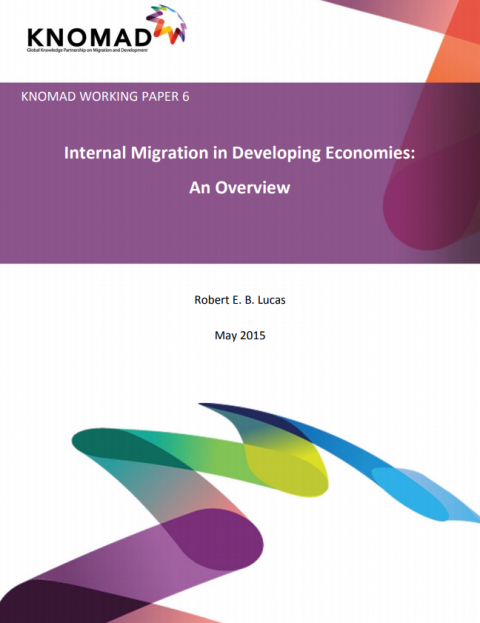 Internal Migration in Developing Economies: An Overview
Robert E. B. Lucas
Over the last decade or so, considerable attention has been given to international migration. More recently, the pendulum has begun to swing back, a little, to the more traditional focus upon internal migration. The aim of this paper is to...
Region:
Developing Contexts
For additional resources on this topic, click here to do a custom search.